Day 6 of our family holiday to Pas de Calais, France.

Day 6 of our holiday broke bright and sunny. We hadn’t planned anywhere particularly to visit today, we thought we would just go out in the car and see where we got to. Looking on the map there seemed to be a ruin of an abbey near the village of Watten situated a little north of Saint-Omer, so we thought that sounded a good starting point.

When we arrived at Watten we called in at a little tourist information office in the village and found there was a windmill nearby too. So, back in the car and up the hill to the abbey first. Typically the ruins are now closed to the public and mostly hidden from view behind a high stone wall and mature trees. 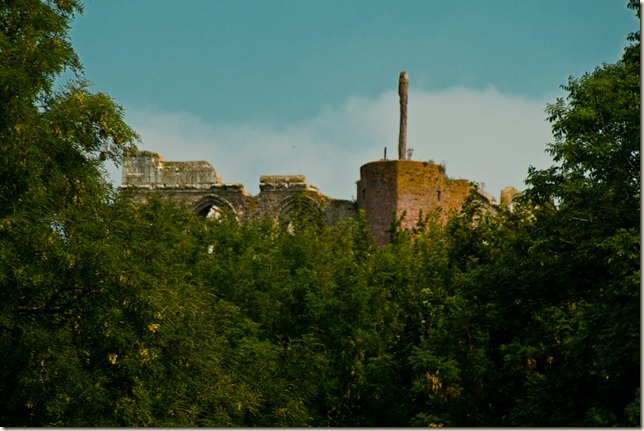 This was the best photo from our viewpoint that I could get. The original abbey was built in the 11th century. Evidently today only the tower remains of the original abbey, the rest having been demolished and sold during the French revolution. The tower was left as a navigational aid for sailors. I hope they had a better view of it than we did.

The windmill was much nicer and just down the hill from the Abbey. 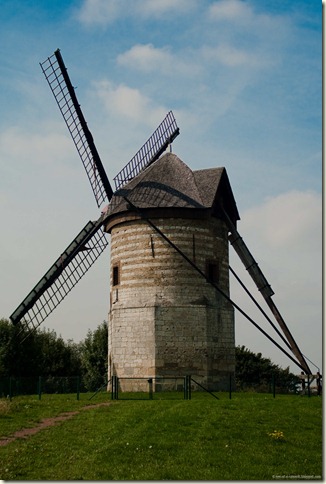 We decided to stop and relax by the windmill. The girls went off to explore, Mel and her mum found a bench in the sunshine and I went for a look around with my Canon camera. 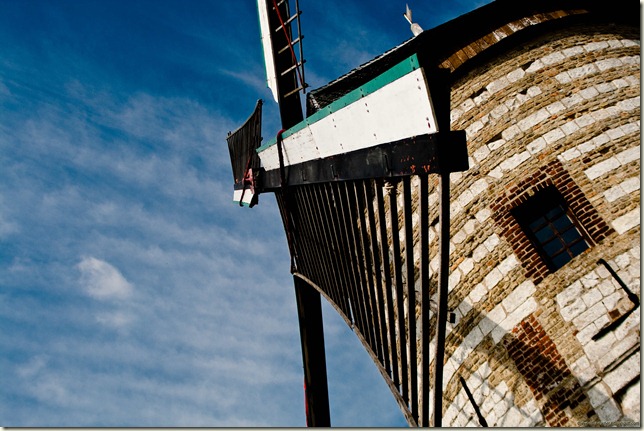 It gave me chance for a few artistic shots of the windmill. 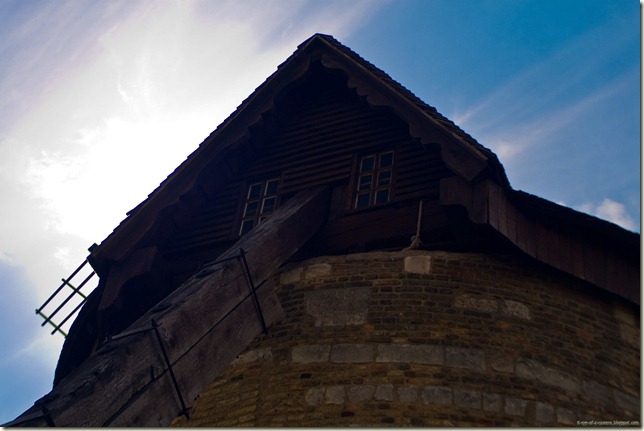 The  windmill was built from the reclaimed stone of the abbey and is still in working order, although it is only open on Sunday’s, so we weren’t able to view the inside. 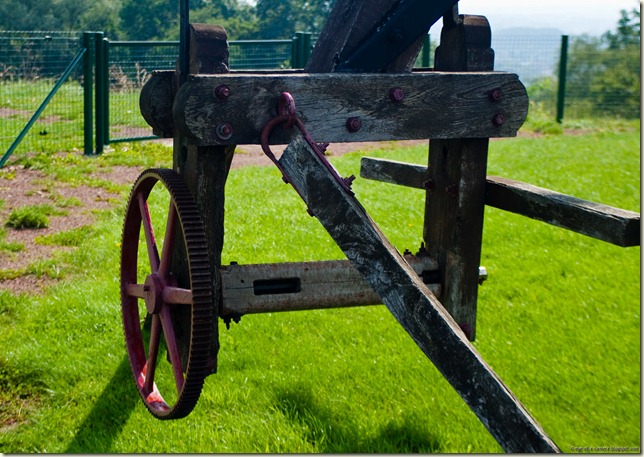 Above is the working mechanism that allows the top of the windmill and sails to be turned to face the wind.

The views from the hill on which the windmill stands are fantastic, although it was a little hazy on the day we were there. 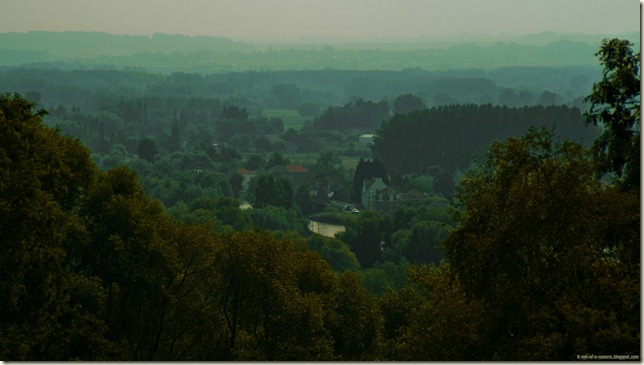 It was whilst we were here, that I found the frog in the grass that I showed you last week, as part of the macro header post. 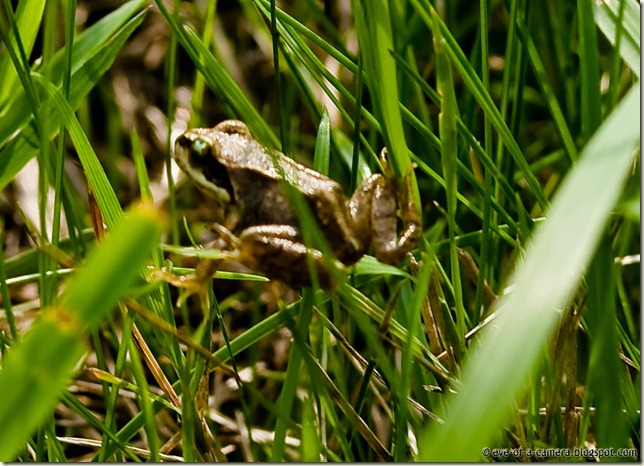 Here's another view of him.

The afternoon was spent looking around Saint-Omer. I will show you more of that in tomorrows blog post.

Most enjoyable Dave, look forward to tomorrows post.
You certainly get the best from the Artistic shots my friend.

Fantastic post! The engineering to build those windmills so they could turn to face the wind is fascinating.